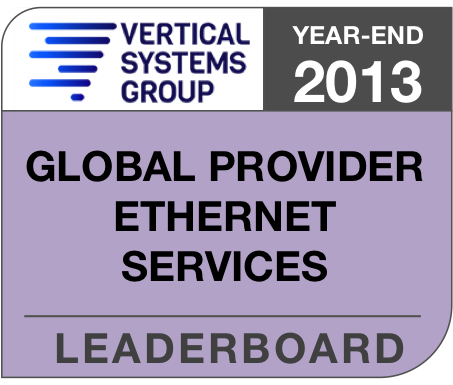 Posted at 12:12h in Leaderboards by edunne 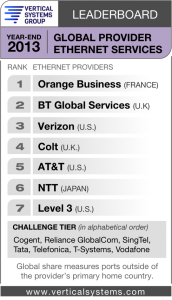 “Orange has regained the number one position from BT based on year-end 2013 Global Provider Ethernet LEADERBOARD port share results,” said Rick Malone, principal at Vertical Systems Group. “The share margin between the two is razor thin as both companies push Ethernet into their extensive bases of global IP VPN customers. Orange is now offering Ethernet in 120 countries.”